String theory – a new way of looking at the universe

In this text, I will try to present the string theory, what it is about and how to prove it. The string theory is an unproved way of describing the fundamental forces of nature and all form of matter. Physicists have been trying to unite general relativity and quantum mechanics ever since the birth of the two terms, without succeeding. If the string theory can be proved, we have united them.

When I first heard of the string theory I found it interesting and wanted to know more about it. It sounded like a possible theory, although it is very abstract, with fascinating possibilities.

Ever since the ancient Greece, and surely before, scientists have wondered what the world is built of. How many times can you divide an object? Is there an end when you cannot split the object anymore and if so, what is left?

Later on, we found the atom and thought it was the fundamental building block of all forms matter. Then we found the neutron, proton and electron which we thought was the smallest particles. Now we know that protons and neutrons are built of quarks. This is where the string theory enters. It says that everything is built of tiny vibrating strings, but what does this mean? How can strings be the fundamental building block of everything and how are they supposed to prove it?

In the beginning of the 2000-century some scientist mentioned that it may exist more than the three dimensions that we are aware of. According to them it was needed to explain the general relativity and electromagnetic force, since the math did not work in our three-dimensional world.  These scientists did not get that much positive attention since saying something like that at the time made people think they were crazy.

The string theory was presented in the late 1960s and after that, scientist again started to look at the extra dimensions. At the beginning there were a lot of different string theories but later on they managed to cut them down to just five theories. These five theories all explained the same thing; the only difference was the mathematical details. The scientists claimed that ten dimensions were needed for string theory to work.

Five theories were still too many. In 1995 Edward Witten and two other scientists made a revolutionary discovery about the string theory. They found out that there were only one theory, but it could be looked at from five different perspectives regarding the math. They also said that eleven dimensions are needed for the string theory. This theory was given the name “M-theory”.

Today, physicists are still working with the M-theory and they have come quite far, but they have not proved it yet, which means that it is still just a theory and no one knows if it is right.

As mentioned earlier, the string theory explains the fundamental building block of everything. It says that protons, neutrons and electrons are built of vibrating strings of energy. Depending on the different frequencies strings are vibrating in, different particles are created. This means that everything, including the forces of nature, is built of tiny strings.

The eleven different dimensions that are needed for the string theory to work are the following:

Before the M-theory scientists only focused on closed strings, but when M-theory came a new type of string was presented: open strings. Open strings form everything we can see, all the matter and light. The ends of the strings are attached to our three dimensional membrane, closed strings is not attached to our membrane which makes them free. This can be the explanation why the force of gravity is so much weaker than the other forces of nature. Since gravity is built of gravitons, which in turn is built of closed strings, they can leave our universe and escape into one of the other universes. This makes the gravity appear weaker than it really is.

How to prove it

The most realistic way to prove that string theory and the extra dimensions exist is by using a particle accelerator that makes two particles traveling in opposite direction collide. If a perfect collision occurs, a lot of subatomic particles streams out, including gravitons. Scientist can measure the energy before and after the collision and see if any energy is lost, due to gravitons that has escaped to another dimension. The best thing that could happen is that scientist gets a snapshot exactly when a graviton is leaving our dimension.

If it can be proved, we have reached another scientific milestone, maybe one of the greatest of all time. Then we are able to know what everything is made of and how gravity can be explained in a quantum physics way, which no one has been able to do yet.

By using vibrating strings, the theory is able to explain why almost everything is the way it is. That is a real theory of everything.

“Welcome to the 11th Dimension – The Elegant Universe” – PBS NOVA 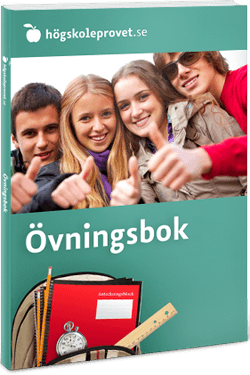